Good morning! I hope you had a *lovely* weekend! We certainly did. I hope you won’t mind me bragging just a bit… 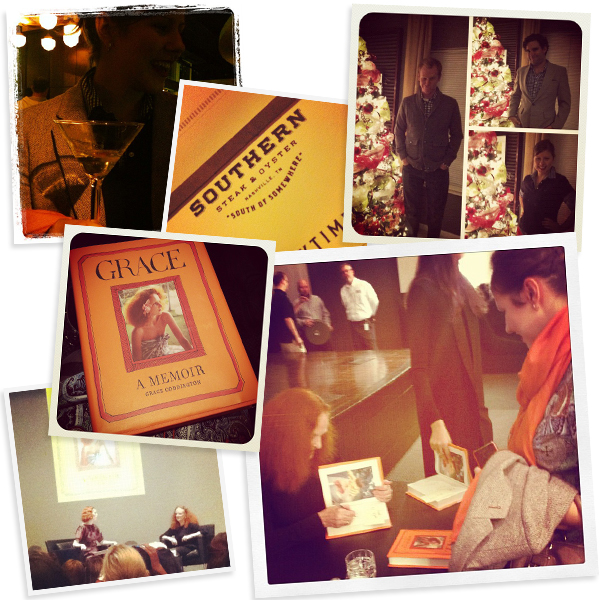 That’s right! Your eyes aren’t deceiving you. This weekend we traveled to Nashville to visit Bestie, to eat some really incredible food, and to meet the Grace Coddington! The Frist put on a great Q&A with the infamous creative director of American Vogue  hosted by model/musician (& ex-wife of Jack White, who was also in attendance… *swoon*) Karen Elson to promote her new book Grace: A Memoir

. It was fantastic! The relatively small room, which made everything a bit more intimate, was full of people trying too hard & wearing shoes they couldn’t walk in. Grace was such a friendly personality and so gracious to stay and sign books. Anyway, enough gushing… I just couldn’t resist.

I’ve been a fan of the site Brain Pickings for a while. Structured like a blog, it’s a compendium of readings, facts, and essays that are the perfect thing to get your brain moving in the mornings. So I was really excited to finally see an article on the woman behind the site (& excellent Twitter feed), Maria Popova, in the New York Times this weekend.

I rarely listen to music when I work, but I often listen to podcasts and old radio shows. Lately, I’ve become addicted to Design*Sponge creator Grace Bonney’s podcast After the Jump where she interviews various creatives. Here are a few that I’ve especially enjoyed lately…

Today, I’m going to try making gingerbread for the first time using the new Band of Outsiders cookie cutters I scored at Target this weekend. I’m using this recipe I found on Smitten Kitchen (adapted from Martha Stewart). Wish me luck!

Good morning & *HAPPY* Monday! After last week’s holiday madness, here are a few random links to help you start your week off smiling. 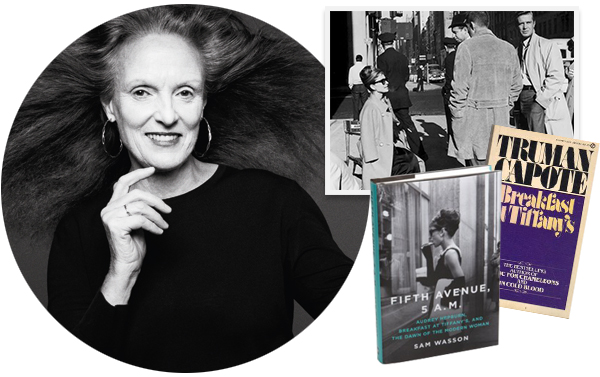 On Sunday, Husband, bestie, and I will be going to see Grace Coddington at the Frist in Nashville. In case you haven’t heard (or have been living under a rock), the Vogue creative genius has just release a memoir with Random House

. Needless to say, I was particularly excited when I heard Grace’s lovely British accent speaking with Terry Gross this week on NPR’s Fresh Air. (& thoroughly entertained by how polite she remained despite some rather ill-informed questions) You can click here to hear the entire interview.

Did you know Breakfast at Tiffany’s was 1st published in Esquire’s November, 1958 issue? (After being rejected by Harper’s Bazaar, might I add.) Whether you watch the movie

, or read this book about the making of the film

(which I found fascinating!), spend a little time with Capote’s geisha this week.

I’m just an old romantic (and a Cosby Show

addict), but I just had to share this video. I had no idea Mama Huxtable had been proposed to on national television on Thanksgiving Day. Isn’t that sweet? 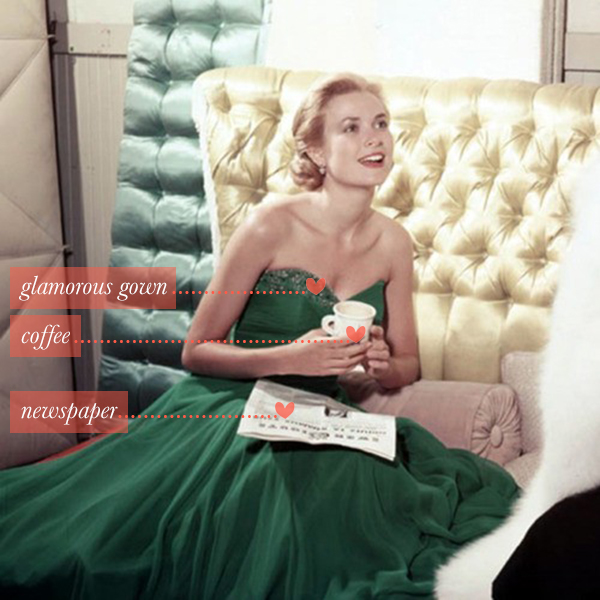 It was on this day in 1929 that our very own American princess was born! I couldn’t resist a little bit of a celebration. So in lieu of random links today, how about a little advice from Princess Grace to get our week off on the right foot?

The Paper! You never know when you may fall in love with a prince and be whisked off to a foreign land.

Tea with your closest friends this week!

Gold! I will never stop swooning over Frances Stevens’ gilded ensemble from To Catch a Thief. 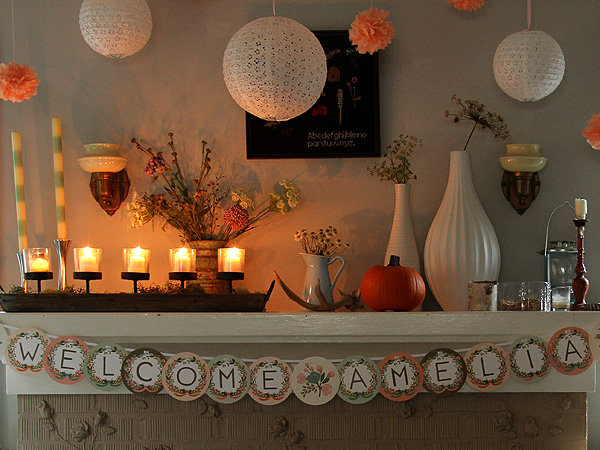 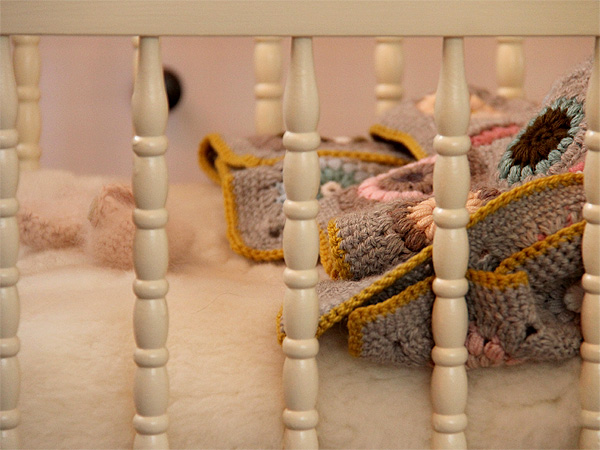 When I first started reading blogs several years ago, Alicia Paulson’s “Posie Gets Cozy” was one of the first ones I read. Not only does she make incredibly beautiful things, she is a beautifully poetic writer. She’s also the type of writer that makes you feel like an old friend after reading just a couple of posts. Needless to say, when she announced that she and her husband recently had the privilege of adopting a precious baby girl, I couldn’t help but cheer.

In case you are unaware, November is National Adoption month, and this is a cause that is very near and dear to my heart. There are so many children out there who need a family or, more accurately, a safe place to be loved. So go  read Alicia (and Amelia)’s story and then pray about maybe donating time or funds to those kids who haven’t been lucky enough to find their place yet. 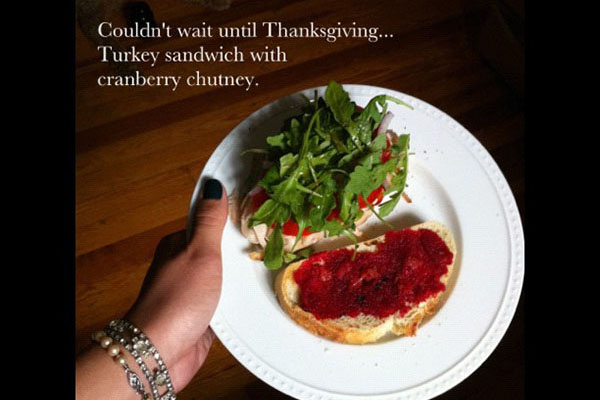 Last week I posted this photo on Instagram. (How did we eat lunch before camera phones?) I couldn’t resist. This is my favorite time of year to grocery shop! Fresh cranberries and cider are on display in every bodega while baking powder and Swanson broth are sold in bulk at the market. I am a firm believer that making your own food leads to a more beautiful life so if you’ve never been much of a cook, this is definitely the time to start! I’m going to be posting lots of basic recipes over the next few months to help us all learn some skills while we hunker down for winter starting later this week with this basic cranberry relish. It’s the perfect condiment for turkey sandwiches or tart taste to have on the side of your Thanksgiving plate. 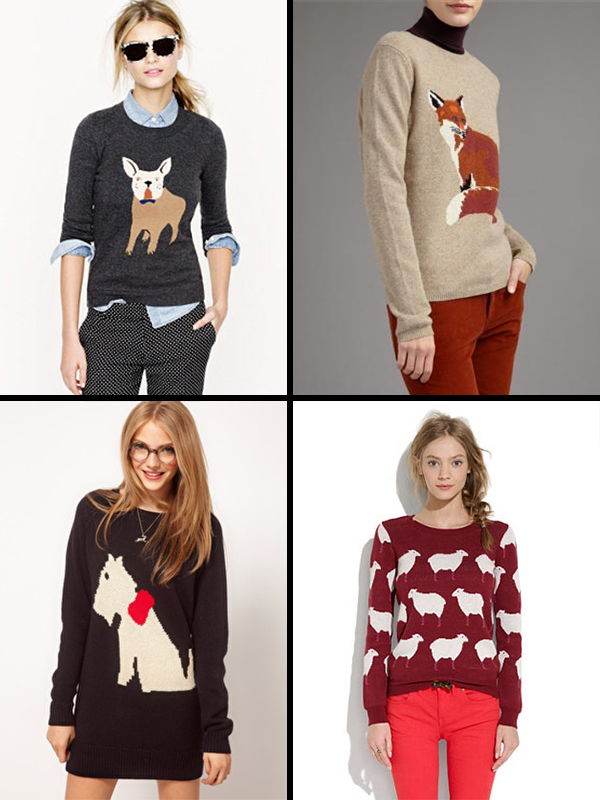 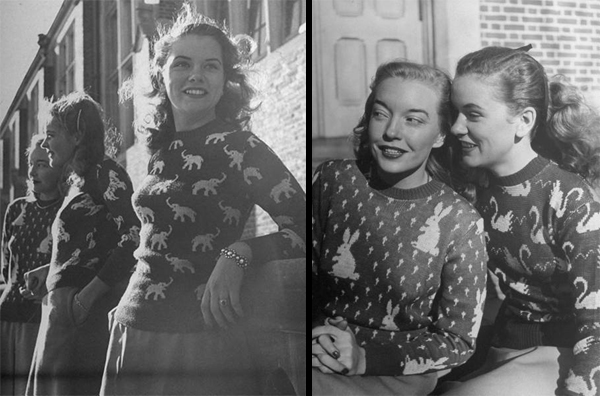 This week, I couldn’t help but laugh when I came across these LIFE magazine images from 1945. Animal sweater are *everywhere* these days, and I must admit that seeing how adorable these girls look in them, I may actually have to give in to the trend. Although, I think this saxophone sweater may be a bit more my style. 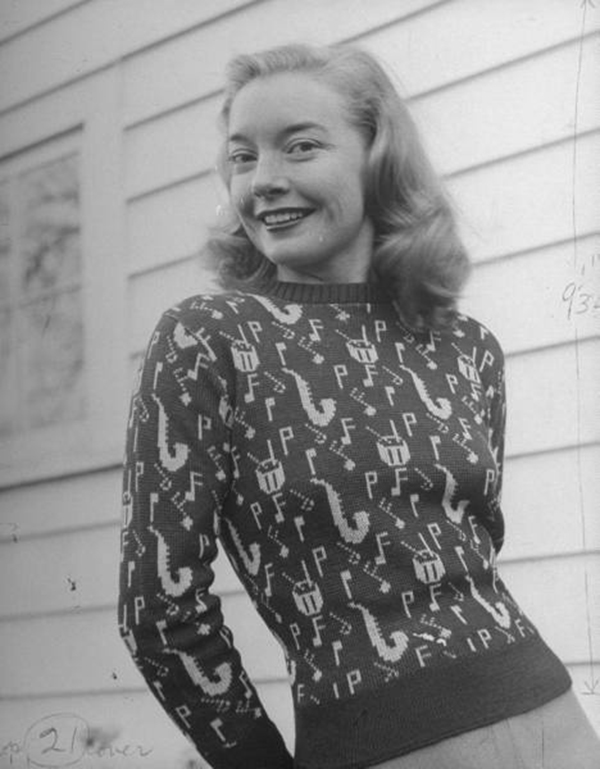