The big news of the week is that we’re on HGTV.com! Today the first of 5 posts I’ve been working on for HGTV’s Urban Oasis blog went live! The rest will appear over the course of the entry period. 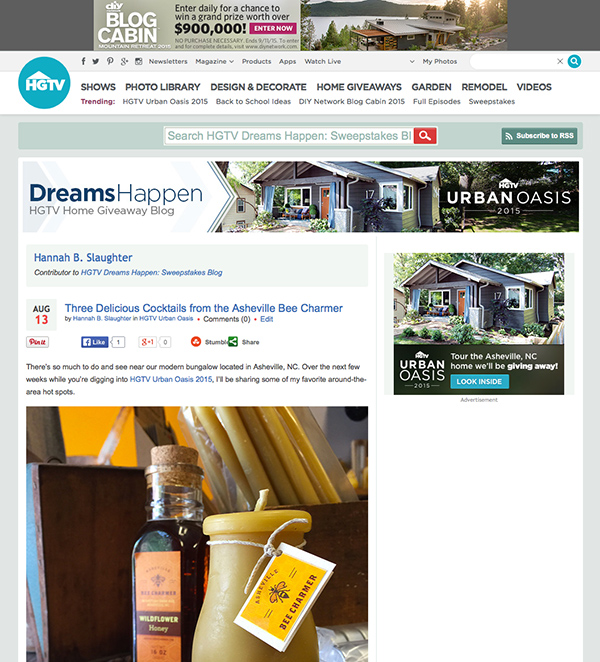 This year’s HGTV Urban Oasis is located just over the mountain in Asheville, North Carolina. Since they’re in our neck of the woods, I was asked to put together a little lifestyle content to introduce readers to the area. This first post has 3 cocktail recipes using honey courtesy of the Asheville Bee Charmer. 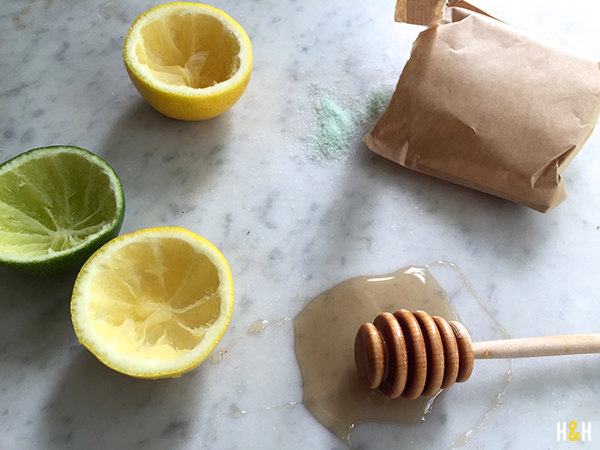 As I was mixing drinks and taking pictures, I had a bit of a revelation. You see one of the recipes is for “Block Party Jello Shots,” which is not in my usual catalog of cocktails. As I was styling the photos, I realized it’s probably for the best that I was never a party girl… 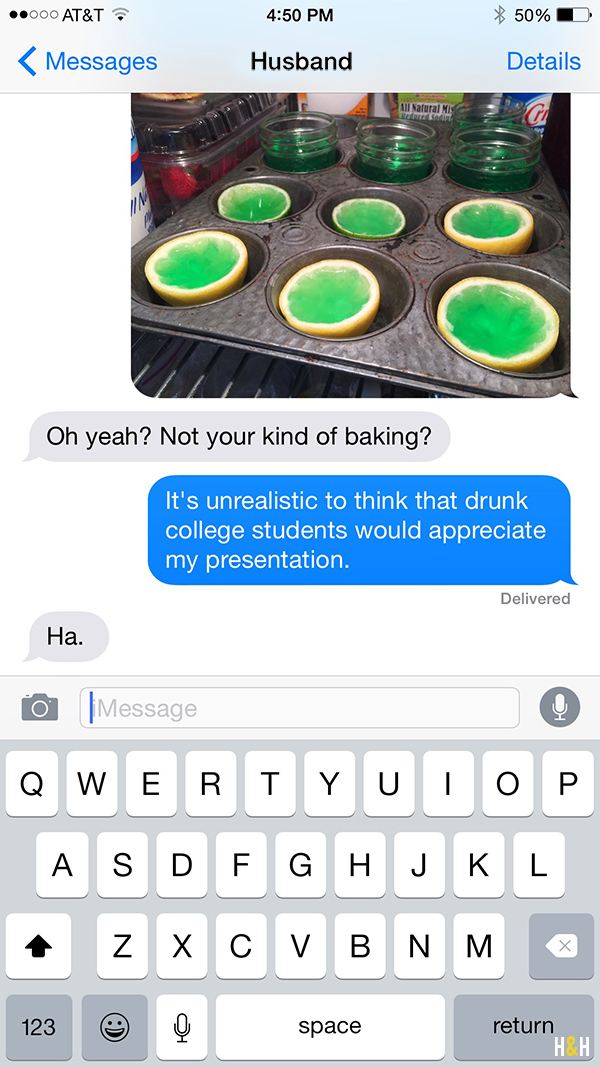 If you too want to make jello shots prettier, or non-boozy jello more alluring to your kids, it’s super easy! Simply take a sharp paring knife and cut you citrus of choice in half. Next, run that same knife around the rim to loosen up the insides. Finally, with a  sharp-edged spoon (old silver works great), scoop out the insides. 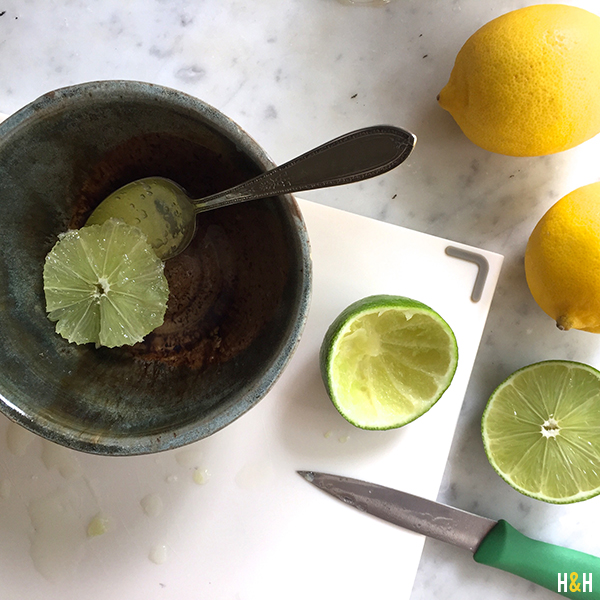 I also cut off just a slice of the bottom (where the stem would have been) so that the little cups would sit flat.

Throw the leftover insides on top of salmon for dinner to impress your significant other. Then, file this under: “Killing it as a grown-up!”