For those you that follow me this isn’t news, but, for the rest of my lovely readers, I should probably give some background. I have been flying back & forth between East Tennessee & NYC all summer as Husband does an internship with Michael Bastian. It has been an absolutely amazing opportunity that I’m sure I will elaborate on at some point, but, now that Fashion Week has come to an end, we are heading back to Knoxville so he can finish up his MBA in December. However, before we come home, I couldn’t resist sharing some of my favorites from Michael’s two Spring collections: his flagship and Gant by Michael Bastian.

The thing that caught me the most off guard about Fashion Week really had nothing to do with the fashion at all. It was the feel. Every event we entered had a different feel and no 2 were more contrasting than Michael’s presentations. The runway show was enveloped in white: white walls, bright white lights, even a white carpet. And when the music started and those models walked out, we were transported into several minutes of white-hot sexy. The cuts of the sweaters were bold, the beachwear was hot, and the suits were owned by those men. (When the linen dinner jacket entered the room there was literally a collective gasp from the audience, because it was that perfect.) The man that wears Michael Bastian knows exactly who he is, where he’s going, and what (or whom) he’s going to do when he gets there. Umm… did I mention Husband has ordered several of these pieces? Lucky me. 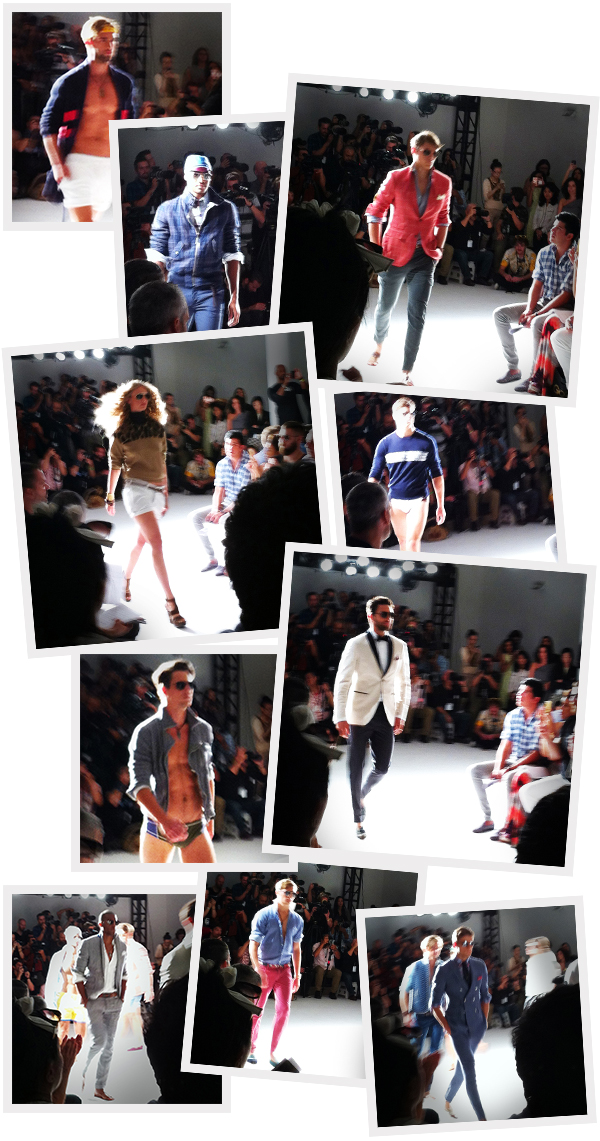 Snapshots from the third row of the Michael Bastian runway.

Fast forward 3 days, and there was a party going on in the west village complete with greenery, dancing models, and an insanely tasty rum cocktail. The pieces I simply cannot get out of my head? The bold new takes on the Southern belle’s favorite: seersucker. 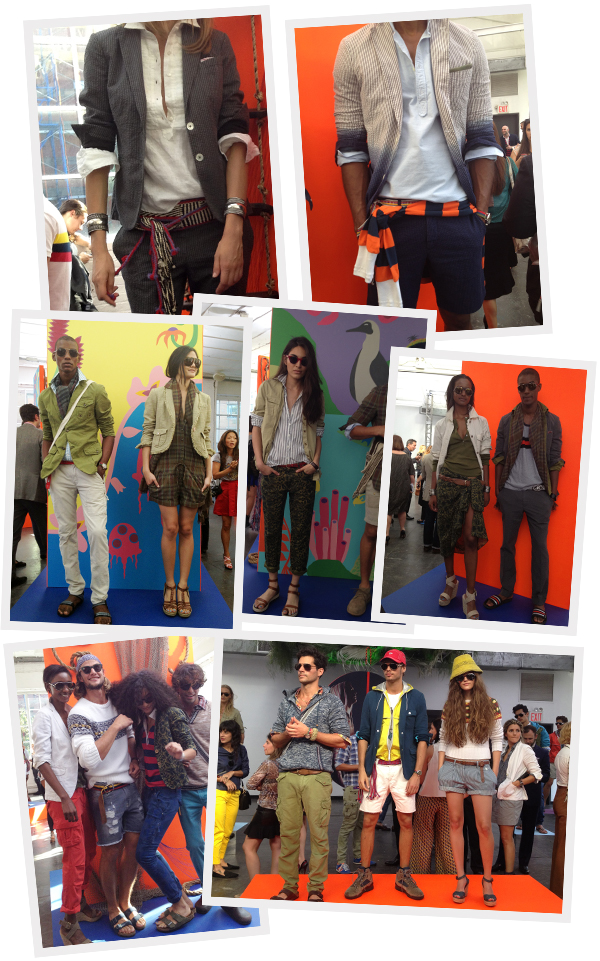 Party in the Galapagos

I cannot possibly express what an amazing whirlwind of a week it has been. This entire experience has been absolutely incredible both for Husband and for me. To think that a short six months ago, I had never even been to New York. We were reading fashion magazines and dreaming of being a part of that world. When Husband started the MBA program last Fall, Michael Bastian (fresh off his CFDA win) was his favorite designer and the *ultimate* internship to put on top of the dream list. Now we’re lucky enough to call the Michael Bastian crew friends. Isn’t that just crazy? As my momma always says, “God works in mysterious ways.”

But alas, all good things must come to an end. Tomorrow we will make the 12 hour drive back to Tennessee and reality. See you on the other side!

Have you ever met someone via Twitterland and known immediately you would be friends? Well, that’s how I felt about Cooper Ray. I just couldn’t help it. When I first met Cooper in person, he was a month out from his now much-lauded premier presentation, and he was a true force of energy. Cooper is one of those rare people that can pour you a glass of scotch, invite you to sit down at his table, and immediately make you feel like you’re one of his oldest & dearest friends. 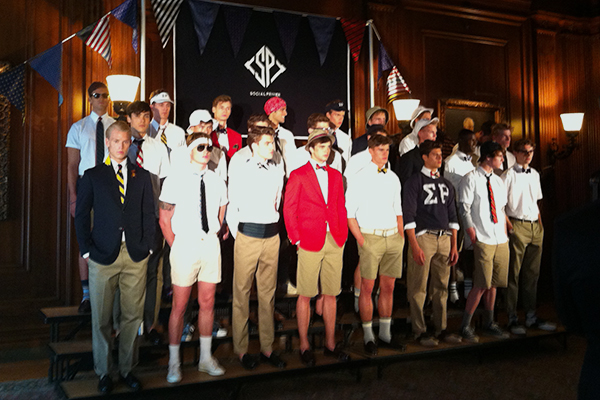 So when we got the invitation to his show, an invitation “from the men of Social Primer… to join the brotherhood,” it was not only an invite to a New York Fashion Week presentation, it was a chance to support Cooper. If you read his blog, Social Primer, you know Cooper as an etiquette expert, a successful businessman, and a designer that has recently partnered with Brooks Brothers to produce a line of reversible bow ties & the classic tailgating blazer. (Can you tell he was raised in the SEC?) You will also know him as a quintessential Southern gentleman, born and raised in Alabama, and now hailing from ‘the Holy City’ of Charleston, South Carolina. If you follow him or read him, you know him. So it should come as no surprise that when he put out the call to his band of faithful followers to invest in the future of Social Primer, they responded by the thousands. ($25,742 to be exact)

You see, there’s just something about that spirit… maybe it’s Southern, perhaps it’s preppy, maybe it’s ‘the brotherhood,’ but, whatever it is, Cooper has it. He didn’t just give a presentation, he gave a presentation in one of the most venerable settings in the city. As guests entered, we were handed a book of “Pledge Rites,” a special edition of his Bill of Rites for the American Man and a Scotch. (Note: I’m sure there were other drinks, but for the Southerners in the room, that was all that we needed.) And, as we walked over to view the collection, we were greeted by none other than his *lovely* mother, a sweet lady donning pearls and beaming with pride. The looks were fantastic as modeled by a ‘pledge class’ rotating intermittently on risers. I’m still swooning over one particular red sport coat. The contrast fabric ties that made him famous are really cranked up a notch. His details were spot on: notice the SP tshirts… his logo was even embroidered on the shorts. But, of course, you’d expect nothing less… That’s just how Cooper does things.

Please Note: Some images are mine. Some come courtesy of Mr. Ray.