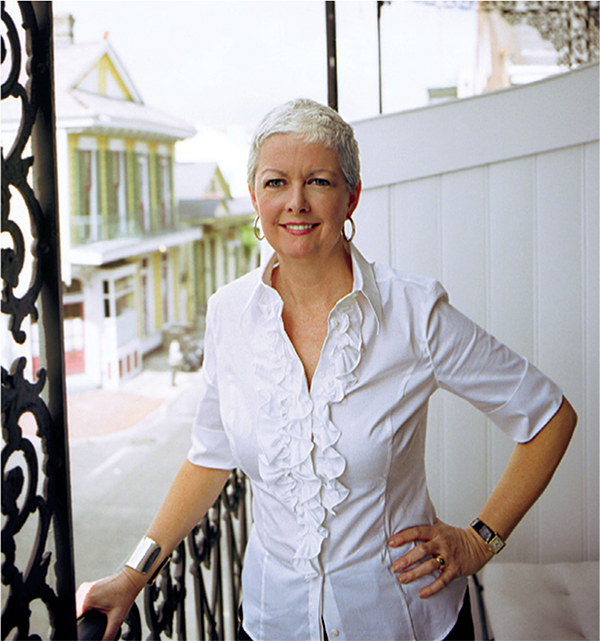 Let me start by telling you about an afternoon in late summer that I spent reading in Central Park. I sat down on a park bench next to The Met, the different languages of the passing park guests were like music, and 2 hours later I looked up and realized I was still sitting in the same spot in the middle of Manhattan. I had been lost in New Orleans–or, more accurately, in a love story to New Orleans. I was reading Debra Shriver’s first book: Stealing Magnolias.

Several days later, I found myself near the top of the Hearst building sitting in front of quite a spread: iced tea, pimento cheese, deviled eggs, & a few of the other Southern delicacies that are so hard to come by in the city. In a city of 8 million people, I’d found a corner of Southern hospitality that made this overwhelmed Southern girl feel right at home thanks to the *lovely* Debra Shriver.

When I asked her about how these Southern roots had influenced her life in New York, she said simply, “I take it with me.” That seems to be her way of saying that the people and places she’s come from–the traditions, the food, the language, the lifestyle–inform her everyday life.

Raised in Alabama, Debra comes from four generations of working Southern women who not only taught her to have a good work ethic, but also taught her to make a mean jambalaya. Whether it’s hosting a dinner party in New Orleans or Southern hors d’oeuvres in her New York office, you know immediately that  this lady is the real deal. She’s the epitome of a belle: poised, driven, and the perfect hostess. “I can leave New York at 7am,” she said, “arrive in New Orleans by 9:30, and feed 40-60 friends a great Southern meal by 6.”

Today, Debra is self-proclaimed “New-New,” she and her husband divide their time between New Orleans and New York City. If you’ve ever been to New Orleans or New York, you know that they both seem to be on their own time table. New Orleans is the definition of laid-back. There you can take your time to enjoy the meal, enjoy the music, enjoy the drink… New York, on the other hand, seems to constantly be running at a quicker pace than the moment before. Why, you ask, would Debra choose to be a “New-New”? Because she has this “art of living a more beautiful life” down. It’s not about where she is, it’s about the lifestyle that she takes wherever she goes.

For example, recently the Shrivers down-sized their New York digs. Why, you ask? To move into a historic building where Debra can walk to work every morning instead of getting caught in traffic. (She had to sell several china patterns in the process from what I understand… tragic, I know, but que sera!) She takes the time to get to know her neighbors. She’s invested in the city. She values living and working in historic buildings–in places that have a history & a story of which she and Jerry, her husband, are now a part.

This is also true of her other home in New Orleans. After the devastation of Katrina, the Shrivers were among the first to buy and restore a home. They’d always loved the city: the people, the pace of life, the history, the food. So it seemed only logical that they would put down some roots there. In her first book, Stealing Magnolias, she writes a captivating story of restoration and a love letter of sorts to the city. Her new book, “In the Spirit of New Orleans,” she wrote for people who want to really experience the city.

“In the Spirit of New Orleans”  will be released by Assouline next month. Whether you’ve been to New Orleans a million times or are just beginning to plan a trip, this is a book you’ll want on your shelf mainly due to the fact that it gives you a real feel for the city. Shriver’s writing is so vivid, so descriptive. You can almost hear a horn player wailing on the high notes in the corner of a smoky room. She paints a beautiful picture of the mysterious spiritual aspects of New Orleans. And, perhaps a favorite feature of mine, she has loaded the book with resources. Everything from what restaurants to eat at, how to mix a sazerac, and how to translate the language of Mardi Gras. (After all, your first New Orleans cotillion is not to be taken lightly, my dear.) 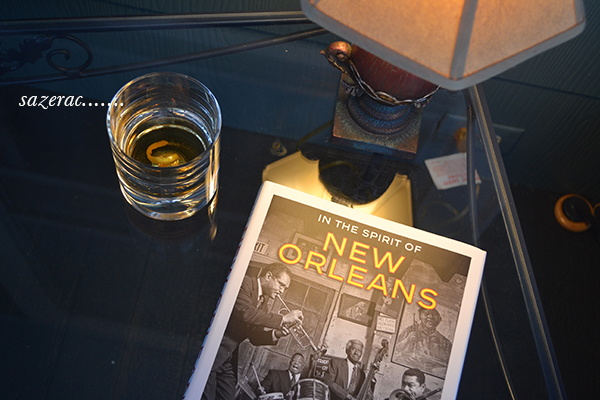 Where to Read It: on the front porch where you can watch the world walk by
Reading Cocktail of Choice: Sazerac

Get the book, read about the traditions and the history, and then “take something with you.” After all, that’s what the art of living a more beautiful life is really about. What choices do you make that allow you to live a beautiful life regardless of your location? Perhaps it’s walking to work in the city like Debra or turning on a little Louis Armstrong while you cook a big pot of gumbo for dinner (recipe on page 94). Read Debra’s books and then take something from her story of New Orleans. Me? Well, I’m probably going to spend the afternoon listening to a little Ella and learning to make a Ramos Gin Fizz (page 106).

You may have seen my live tweets from the book release party at Marcus Samuelsson’s restaurant in Harlem. If not check them out.