This post and the recipe for Rosemary Cider originally appeared on January 8, 2013. As I was sipping cider this week, I couldn’t resist sharing it again. Enjoy!

It should come as no surprise that one of my favorite tasty discoveries this season came in the form of a cocktail. Although, it may surprise you to know that this particular concoction is alcohol-free. (But don’t worry, I came up with a little drunkiepoo version just in case that’s your thing!)

To give credit where credit is due, I actually first had cider with rosemary with one of Dale’s fried pies, which, if you’re a local, is also a must-try! 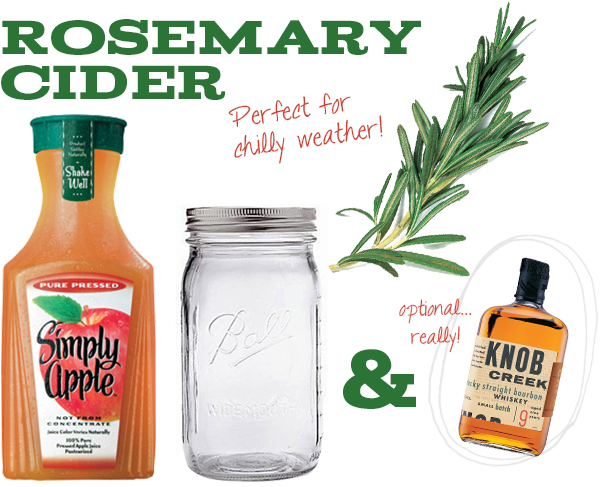 Fill a jar with apple cider.
Add a sprig of rosemary and seal.
Let mixture sit in the fridge for a couple of days.

Drink cold, or heat it up and add a little bourbon! Equally perfect for extra chilly walks in the park or snuggling on the couch with a good book. 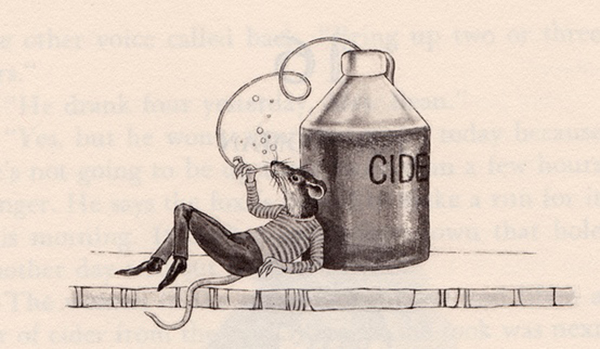 illustration by Donald Chaffin for the first US edition of Roald Dahl’s Fantastic Mr. Fox

This illustration may or may not have prompted this post and my recent download of Roald Dahl’s Fantastic Mr. Fox. Have you ever read it?