As with any place that one chooses to call home, there are ups and downs to living in a small town. For instance, one Sunday shortly after we got married, we decided to lay out of church–a practice that’s severely frowned upon when you’re the daughter of the preacher. By 2 o’clock that afternoon, we had four messages on the answering machine and two offers of casserole because surely someone had fallen deathly ill! You can never go to the grocery store without expecting to run into at least half a dozen people you know. And God forbid you get pulled over for speeding–we won’t even talk about what happens then.

But to be completely honest, more often than not, it’s nice to have people that care enough to be ‘all up in your business.’ I enjoy seeing friends when I’m waiting in line at the deli, and it’s fun to see families grow and change over time. The same goes for the town itself, houses, schools, and neighborhoods evolve as well. And I’m a firm believer that some houses carry spirits within them–the stories and feelings that you might catch  glimpse of on a sunny afternoon when all the windows are open or lying in bed listening to the birds sing the sun up.

Our house is one of those houses. I always wanted to live in our house. It faces the church I grew up in and the park that most of our city was originally built around. Since its construction in 1935, it has been home to several families and, aside from the first owner–the works manager at the plant who lived here for four years–I’ve known them all. So I thought it might be fun to share the evolution of our home that we love so much with you. 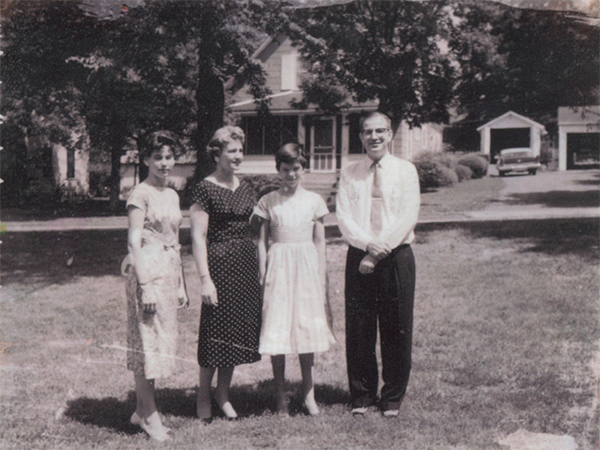 This is the Lord family. I had the pleasure of meeting the two sisters several years ago when they were in town. A childhood friend of theirs is in our church and arranged a visit. They came over to the house with a bouquet of flowers and walked around telling me stories. Their parents, Dick and Kay, owned the home from 1939 to 1959.

Originally from Pennsylvania, they moved down to Tennessee with ALCOA. But still unwilling to let all of her Yankee pride go, Mrs. Lord hung a picture of General Grant in the stairwell. I’ve been on the lookout for one, ever since I heard that story! It’s a tradition that should stay with the house, don’t you think? (Just for the record, East Tennessee fought with the North in the war, but that is neither here nor there I suppose.) 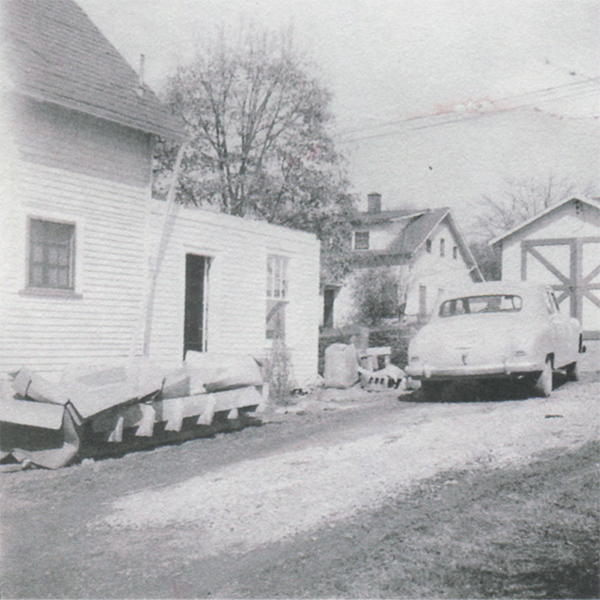 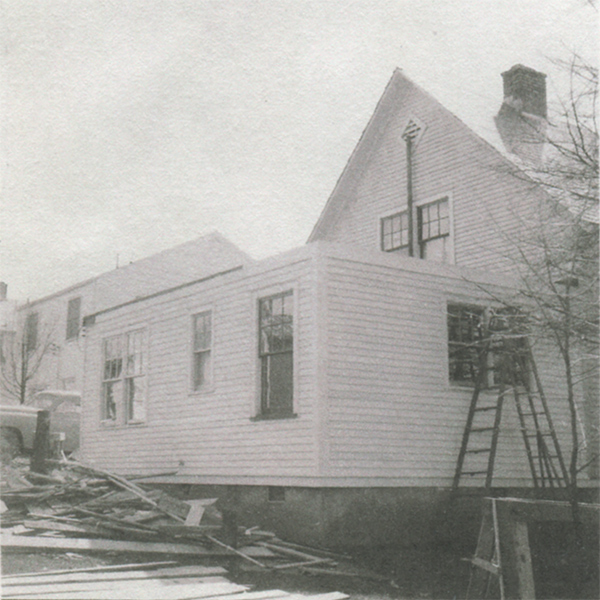 In 1949, they built the addition where each of our offices now sit. In fact, that window with the ladder in front is where I’m looking out right now. Husband is currently wrestling with that tree’s stump.

And Dexter is sitting on the front porch right in front of the door where the girls used to play games with their friends on warm Spring days like today. I am happy to report that those floorboards leading from the screen door to the front door have had to be replaced because our house has always been a place where people are welcome so they’ve gotten a lot of use over the years.

One thought on “Evolution of a Home Pt. 1”